I am running a fundraiser to get money for satellite tracking of Ross's gulls. Have a look.
Я провожу сбор денег на спутниковое слежение за розовыми чайками. Взгляните. 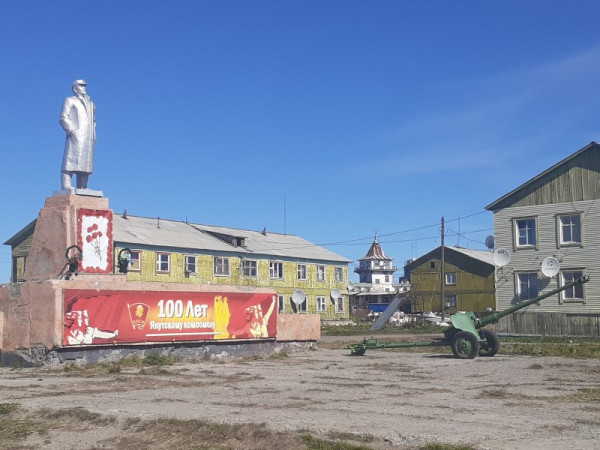 I grew up in Moscow during the Soviet times and lived there until 1997. Visited again this month. Some things sure have changed! Northern birch mice and yellow-breasted buntings used to be common in appropriate habitats; now they are pretty much impossible to find anywhere near Moscow. On the other hand, blackbirds have invaded the city and are now common in parks. Noctilucent clouds used to be extremely rare (you had to take a flight to the Far East to see them from the plane); now they are a common sight on summer nights (although it’s still much better to view them from a plane). Winters are much warmer, and summers are hotter: before 2010 nobody in Moscow had an AC unit, now they are a basic necessity. A taxi driver gave us the expected lecture on various conspiracy theories, but never mentioned Jews – an omission that would be impossible back in the 20th century. Oh yeah, there’s also that virus thing, but you’d hardly know, because few people get vaccinated or wear a mask. All those antivaxx theories that Russia had pushed into the West got caught into the endless feedback loop between Russian and Western-conservative media and surged back into Russia like shit from a backed-up toilet. Otherwise, everything is basically the same as it has always been: a government of mediocre thugs pushing medieval religiosity and siege mentality and working hard to destroy education, a tangle of ridiculous laws randomly enforced by an army of well-fed Gestapo guys or whatever you call them, a sadistically overzealous and comically incompetent bureaucracy, a brainwashed population trying to survive against all odds like cockroaches in a henhouse, and a tiny minority that is more or less immune to the flood of idiotic propaganda but can’t change anything and must helplessly watch as their country is looted bare and turned into a giant open-air prison yet again.

Putin’s Russia is often called “a real-life Mordor”, but it also reminds me of the world of Hunger Games, one of those naive shows for first-world teens where a bunch of good guys easily defeats an armed-to-the teeth fascist dictatorship while flirting, smooching, and mostly remaining in good health. Just like in Hunger Games, there is a bloated, decadent, soulless, but relatively comfortable boomtown of a capital, sucking all life from the impoverished provinces. Muscovites even have a slightly derogatory name for the rest of the country: Zamkadye, “the land beyond the beltway”, although Moscow has overgrown its beltway twenty years ago.

Even compared to Moscow, Siberia feels like a time capsule. The small town where I stayed seems half abandoned. At least two thirds of its wooden apartment blocks look like they are about to collapse, and gaps between buildings are filled with debris of all kinds, from dead dogs to rusty helicopters. Normally all scrap metal would have been picked and sold by locals a long time ago, but this place is remote even by Siberian standards, so transporting the scrap out is impractical. You need high clearance to drive the streets, and DEET spray to walk them. There are still Soviet-style posters on house walls, a Soviet-era museum with lots of interesting stuff, a decent Soviet-era airport with a few flights a week (never on time, of course), and a shiny statue of Lenin on the main street invariably called Lenin St. The only recent addition is a shiny church, built by the enormous wealth that the Russian Orthodox Church has accumulated by running tax-free vodka trade in the 1990s and even shadier schemes more recently.

The town is blessed with stunning vistas. It stands on a hill overlooking the broad Indigirka River and its immense floodplain. Like most rivers flowing over the permafrost, the Indigirka isn’t very deep, but wide; the floodplain is an endless labyrinth of side channels, oxbow lakes, grey alluvial beaches, and willow-covered islands. You can barely see the other side of it. If you walk out of the town, within ten minutes you find yourself on the soft carpet of the tundra; the tundra is covered with wildflowers and filled with so many rare, gorgeous birds that birdwatchers pay a small fortune to get here. In ten more minutes, you get far enough to safely drink from any stream or lake. Yet another ten minutes, and you have a chance of running into a brown bear or finding a mammoth tusk on an eroding riverbank. This extreme contrast between the squalor inside the town and the sublime wilderness outside it is difficult to get used to. But I think it’s better than cities of western Russia where the streets are kept clean by immigrant workers from Central Asia, but the surrounding countryside is all trashed.

Unlike the town, the wilderness around it is changing fast. Summers are getting hotter and winters milder. -60oC in winter used to be the norm, and +30oC in summer a rare event; now it’s the other way around. The permafrost, a mile deep here, is melting. New lakes are constantly forming and old ones either growing or draining. Shrubs are marching over the tundra, getting taller and denser; behind them, the tree line formed by stunted larches is also moving north. New species from the south appear every year, sometimes replacing the native ones. Biting insects are making life increasingly difficult. Wild reindeer were nearly wiped out in the 1990s when powerful foreign-made snowmobiles became available; they still aren’t recovering. Domestic reindeer are also gone. When Soviet-era subsidies ceased, native Even herders moved to towns, and their children will not come back: it’s nearly impossible to become a good reindeer herder if you haven’t been born into this lifestyle. So wolves have left, too, and without them there are so many Arctic foxes and wolverines that most bird nests do not survive. On the other hand, muskoxen are doing great: completely wiped out in Eurasia by Stone Age hunters, they’ve been recently reintroduced, and the herds are growing rapidly. Local bears are already hunting them, but the wolves haven’t mastered it yet; perhaps once they do there will be a better balance.

I try not to think what will happen to this land when summers get even hotter and the sea rises so much that the rivers start flowing backwards. I just enjoy it while it is still beautiful and full of life. There is nothing like sitting on a low hill formed by bulging permafrost, listening to redpolls singing and Arctic bumblebees buzzing, smelling the flowers, watching the tundra inhabitants go about their business. Particularly late at night, when the wind is cool, the sun is gentle, and its light is soft. Thanks to the new virus, this year the sky here is free of contrails. In a week or two, the wildfires will spread all over Siberia, the air will no longer be fresh, and the nights will lose their tender hues. But for this brief moment, with ice still glittering on distant lakes, white cranes flying over, loons filling the endless plains with their solemn calls, tiny shrews rustling among fingernail-sized leaves of dwarf birch, whitefish splashing in the shallows, and butterflies fluttering over fields of Labrador tea, you can pretend that everything is fine in the world. 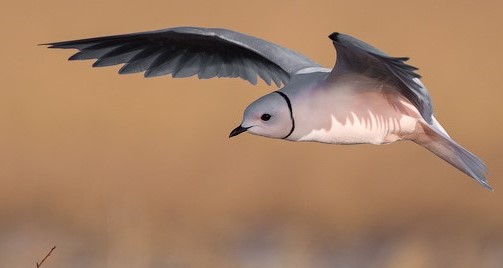 In 4 weeks I'll attempt to solve the greatest remaining mystery of Arctic ornithology and find where Ross's gulls from Siberia spend 9 months per year. I need some money for satellite tracking fees. Please help if you can. Details. P.S. photo by I. Ukolov. 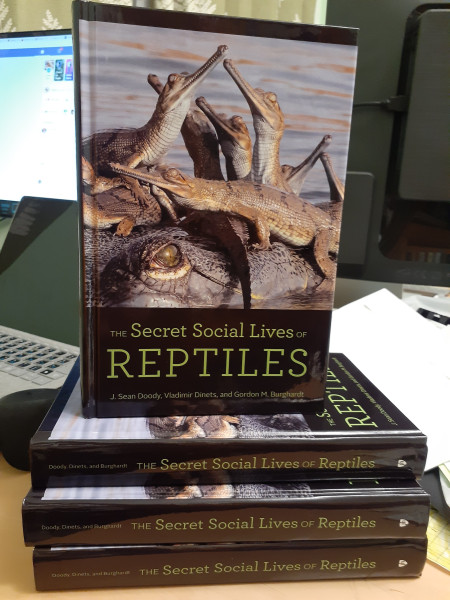 Took a very long time and huge amount of work, but finally it's real. Our book with Sean Doody and Gordon Burghardt, now available on Amazon (deliveries will start in June).

The new paper in The Lancet showing that even asymptomatic Covid-19 infection causes lifetime sterility in both men and women will be a personal tragedy for many. But hopefully this effect will slow down population growth, and convince more people to get vaccinated. 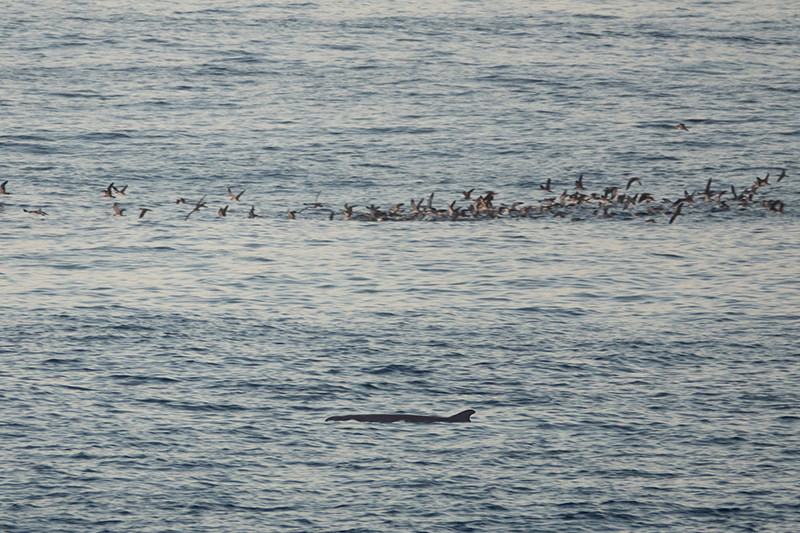 After all that whalewatching, I am now officially a marine mammal researcher (which also makes me a legit marine biologist)! My new paper on surface feeding in pygmy sperm whales. 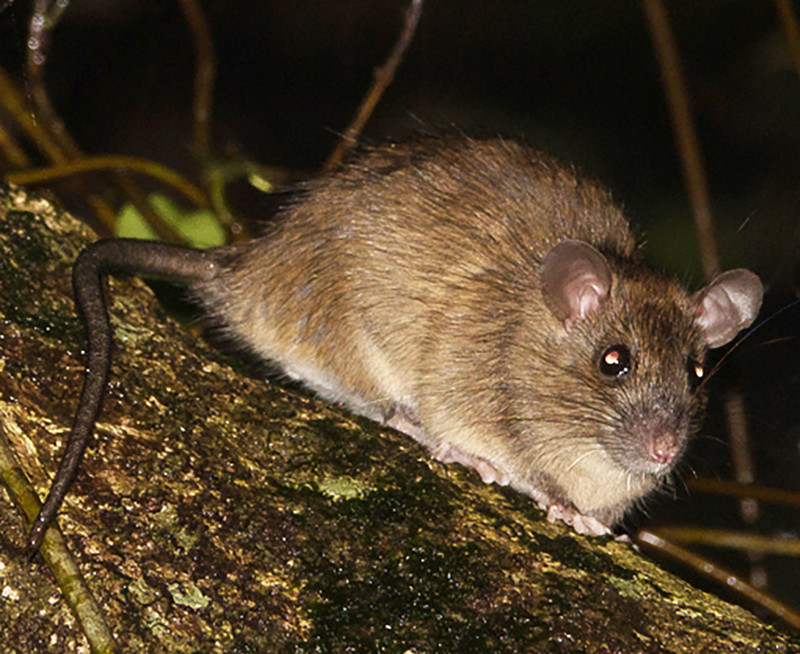 Our big paper (with Keishu Asada) has been published. It restores honor and dignity to Japan's most neglected and persecuted mammals: Rattus norvegicus caraco and Rattus (rattus) tanezumi. PDF provided upon request.

Since I am neither a virologist nor an epidemiologist, people constantly ask me to explain various things about the Covid-19 pandemic. Recently the most puzzling thing for many has been the emergence of "new variants". So let me explain.( Collapse )
Collapse